LENDERS, TECHNOLOGY AND THE INTERMEDIARY MARKET

I recently spoke on the Accord Mortgages Growth Series podcast and suggested that lenders should embrace technology to increase speed, efficiency and automation within the private rented sector.

The kind of technology we’re talking about requires a more joined-up approach, but as an industry we still appear to be lacking this to a certain extent. Now I’m certainly not backing away from this statement in any way, shape or form as technology is – and will continue to be – the major driving force of the modern mortgage market, although I’d also like to take this opportunity to play devil’s advocate and take a wider look at the relationship between lenders, technology and the intermediary market.

Landlords are constantly adapting to conditions in what remains an ever-evolving buy-to-let marketplace, but some old concepts still ring true – the importance attached to location and rental yields.

LOOKING TO THE FUTURE

As I was just about to start writing this piece an email flashed up in the bottom righthand corner of my computer screen. It was from my bank and had the subject line ‘How are you preparing for the future, Mr Tan?’ This was followed by the line ‘Take action today for a better tomorrow’.

The main points from this being:

• Almost three-quarters of people aged 65 years and over in England own their home outright.

Does buy to let still present opportunities for brokers? What innovation does the future hold for this market? And what benefits are there for brokers looking to expand into this sector?

Listen in to the latest podcast from Accord Mortgages in which Ying Tan, Dynamo for Intermediaries’ founder and chief executive, is interviewed on all things buy to let by Chris Maggs, Senior Commercial Manager at Accord BTL.

NO TWO LANDLORDS ARE THE SAME

No two landlords are the same. There are those who fall into the ‘accidental’ landlord bracket and at the other end of the scale we have professional landlords who have built a business around their property portfolios. Somewhere in between, we have people who have purchased additional property for short-term investment/refurb purposes, for their children to live in when at university, to talk about at dinner parties and/or as part of a pension pot. In short there are many reasons why people have become landlords over the years.

A SHORT-TERM OPTION FOR LONGER-TERM BENEFITS?

Short-term lets were a hot topic for landlords in 2019 and this is an area which is expected to continue in prominence over the course of 2020. Nationally, ARLA Propertymark estimates that as many as 500,000 private rented homes could soon switch from the traditional private rental market to holiday or short-let accommodation, primarily due to tax and legislative changes in the PRS. And a new report from the letting agents’ regulatory body, in partnership with Capital Economics, revealed that the number of active listings on Airbnb in the UK rose by 33% to 223,000 in 2018 from 168,000 in 2017. 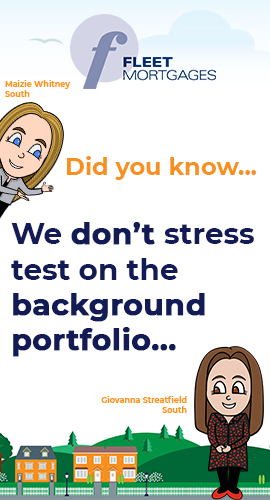